Our Rationale: Why we do things the way we do

We get it, bottles are cool, they are tall, clear and sexy. Cans are short, squat and practical. Bottles are like a super model with long, long legs. Cans are like your cousin Edna who may wear bottle rimed glasses but that is where the similarities between them ends.
But if we are going to be honest, cousin Edna and cans should have a much bigger role in our lives, Edna because she’s family, cans because they are simply better and there really isn’t any comparisons.
Environmentally, in the state of Michigan we are blessed with a great way of keeping our roads and sidewalks clean from litter. The Michigan deposit law came into effect in the late seventies. As kids, a friend and I rode our bikes all over Holland Michigan picking up cans and bottles and cashed them in for some serious bucks or at least we thought so at the time.  Now that I am on the other side of the deposit law and have to pay when people bring back their returns, let me give you a little insight.
When you go to the store and put your can or bottle in the reverse vending machine it goes to a central processing center and the glass is crushed and segregated by color. It is an expensive process and costs the producer over twice as much to recycle as a can would. Add to this that the raw glass has little market value so whole thing is a net loss to the producer.
The can on the other hand, is crushed in the machine at the store and then baled at the processing center and sent to be remanufactured. The system is incredibly clean and efficient, so much so that the producer is likely to break even on the expense. On average, within 60 days the can is back on the shelve as a new product; while the glass is most likely on a literal slow boat to China.
Why? Because most of the bottles are made in China, but our cans are made near Chicago, from 70% recycled aluminum. They ship better, stack better, keep product fresh better, have less breakage, and are much safer to be around, (when was the last time you saw someone threatened with a broken can on TV)?
Cans are safe at the beach, at the pool or on the boat. They chill faster and are far lighter making them also safer for workers and their backs who need to move them on a regular basis.
So if you care about the environment, care about worker’s health and safety, care about employing your fellow citizens not to mention wanting the best quality at the best price then the choice is clear. You may fantasize about tall beautiful blonds and bottles but just remember that there is more to life than looks and if you doubt that, just ask cousin Edna, she’ll set you straight.

Do you like money? Of course, we all do. We need money to live and the more we have the better we like it. So let say we were in business together and I was going to send money direct to your bank account and you get a email notification “You got cash” from the bank every time that the money was on its way in, that little notification would make you pretty happy or at least relieved. You might already have plans on what you were going to do with it. Maybe pay some bills or save it for a rainy day.
After a few these “you got cash” emails you are ready to go to the bank to use your new found wealth but soon find out its not really there and never was, or maybe some of it came but nearly the amount that you were expecting from all those email notifications.    Are you happy now?
No, you’re pissed, not to mention suffering from the fear and anxiety caused by the whole episode. You’re mad at your bank and probably pissed at me too, If I’m lucky you would call me up and tell me that this is no way to build a relationship and how damaging this was and you would be right… but that is exactly what you do every time you have a diet soda.
Calories are cash for the body. You could burn them to pay bills (exercise) or save them for a rainy day (stored as fat).  When you drink a diet soda you taste the sweetness. Your taste buds tell your brain “we got calories” your brain tells your stomach “calories coming your way…” and guess what no calories show up. The bank account is empty. This is no way to run a body or a relationship.
And the parts of our bodies are in a relationship, a very permanent, life defining relationship. And when you mess up those relationships there is a price to pay and that typically ends up as health issues.  The science is still lacking but the evidence is starting to add up. Those who partake in diet foods have much higher rates of diabetes, and obesity. Why? Most likely for the same reason you would be upset if you didn’t get the money. You were expecting it.
Our stomach and gut start preparing for the promised calories adding enzimes and acids and then nothing comes. Lying to our bodies is never a good thing and that is exactly what diet beverages do every time we drink them.
So no, we don’t make a diet soda, and we never will… and that you can take to the bank. 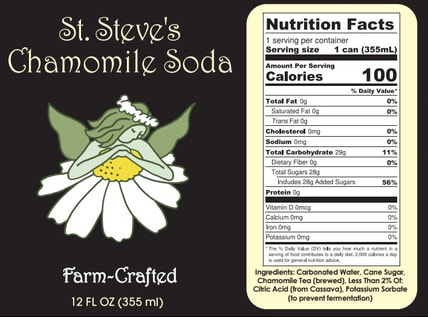 We all love things to be natural but the fact is natural things breakdown. Molds, fungi, yeasts and other micro organisms want to eat as much as we do.   And once they get their mouths on things, we for the most part cease to be interested in them. While there are examples of our tastes over lapping in foods like cheese, yogurt and beer; we usually back away once there are signs that food is past its prime as a form of self preservation..
So, humans have been trying to extend food’s freshness probably since we started eating. From drying fish to making beer there is no shortage of techniques for food preservation, and yet we are always looking for more.
With the rise of Whole foods and the focus on organic processed foods the desire for natural preservation has skyrocketing This race for a “clean label” preservative may seem like a good thing, but once we let multi-national corporations into the game the rules changed and not for the better.
First, let us give you a baseline. Right now we use Potassium Sorbate in our sodas. This is form of Sorbatic acid which was originally discovered in 1850’s from a natural source, the Rowen tree. (Sorbus aucuparia) from which it was named.  It has been used since the 1930’s in food preservation and although now made chemically, (we can’t find a natural source) it is considered safe and in our research, it was the safest, most benign preservative we could find. It doesn’t kill yeast and bacterias but merely keeps them from reproducing and you don’t need very much, we typically use .01% in a batch of soda.
Now look at the new clean label preservatives that you will find in our health food stores. Often they are not even listed. Typically, you will only see the term “Natural flavors” on the label. The companies don’t even have to tell the producer what is in it and we aren’t talking small amounts of these hidden ingredients.
In a 2000 lb batch of soda we use only 2 pounds of potassium sorbate.  We would have to use 30 lbs of this clean label preservative but we and you don’t know what is in it. You may be allergic to it but no one is required to tell you.  We simply could not justify hiding ingredients from our customers.
There are more preservatives coming out every year, an elements of a mushrooms is one, it will kill micro organisms on contact which is good… but what about the bacteria in your gut? Will it stop before it kills that? Some of this is so cutting edge and so much money is being thrown at it you have to wonder are they really putting your health first.
We can’t say we will never change, but we are leery of the new for the sake of being new. An organic poison is still a poison and hiding the truth to make a profit should give us pause if not a full step back.